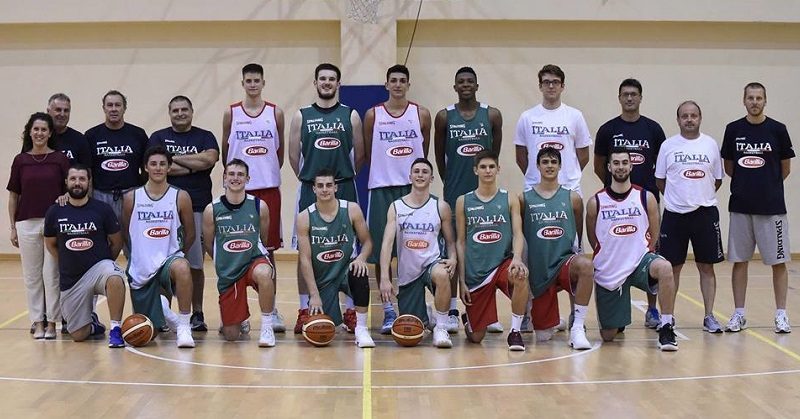 Introducing all the twelve players selected by Coach Andrea Capobianco for the U19 World Championship (Cairo, July 1st-9th)

After two bronze medals won last year (at the Mannheim Tournament and, more importantly, the U18 European Championship), the ’98-’99 italian group is about to face one of their most important challenges in a path that, until now, was marked by some important results.

This time, the italian team can’t count on its most important piece, Texas Tech signee Davide Moretti (14.8 points and 5.0 assist at the U18 EC), who will be able to play only at the U20 EC this summer. Other notable absent key players are Grand Canyon signee Alessandro Lever (he’s suffering a left ankle injury and will need at least 20 days to recover from it) and Virtus Roma combo guard Tommaso Baldasso (he might be able to recover from his injury in time for the U20 EC, in case Coach Maurizio Buscaglia wants to select him).

Coach Andrea Capobianco and his staff were able to gather all the players only two days before their inaugural game. 8 out of 12 players featured in the 2016 U18 EC roster will be back. An extremely interesting addition is represented by the skilled Torino forward David Okeke, who will play a FIBA tournament for the first time in his career. 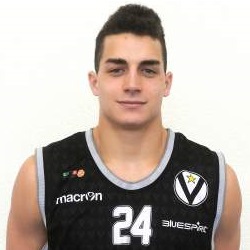 Able to play both guard spots, he is more of a scoring guard than a facilitator. More at ease in a high pace game, his offensive repertoire is wide: can drive to the basket and shoot both from mid and long range. He balances out his small size with a strong upper body. He will be one of the main scorers of this italian NT. Grew up playing for Virtus Bologna youth teams, he was part of a successful V Nere team in Serie A2 (2nd italian division), averaging 3.7 points during the regular season (29 games) and 2.5 in the playoffs (4 games). 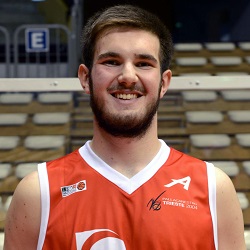 A player that balances out his lack of athleticism and explosiveness – and a height that is not ideal for a center – with several other qualities: high basketball IQ and very good hands (he uses the weak one well too) that allow him to have a certain variety of offensive solutions. His shooting range reaches the three-point line and he can be an excellent passer thanks to his court vision. This year, the Reyer Venezia product spent his first year on loan at Pallacanestro Trieste (Serie A2), averaging 1.8 points and 1.2 rebounds in 7.9 minutes per game. 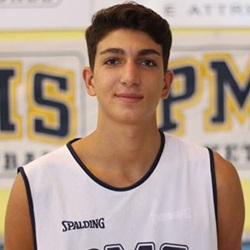 A not particularly athletic or strong big man, but a very agile and coordinated one. He has several solutions in the low post, is a threat in pick and roll situations, can attack off the dribble and his shooting range has expanded enough to reach the three-point line. On D, he can have trouble while handling bigger opponents but always shows good timing for blocking shots. His box-out needs improvement but he’s still a valuable rebounder on both sides, since he’s able to find the right spot and anticipate where the ball will fall. [Complete scouting report] 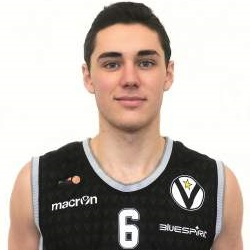 An élite defender – both on and off the ball – at the youth hoops level that made some relevant progress on the offensive end during the last two years, especially by improving his off-the-dribble jumpshot. Both his basketball IQ and passing skills are high and he will have a key role in arming the best shooters on the team. He was part of the Virtus Bologna Serie A2 team (2.3 points and 1.2 rebounds in 10 minutes during the RS) and shined during the U20 and the U18 Italian National Finals (he was selected in the Best 5 of both tournaments). 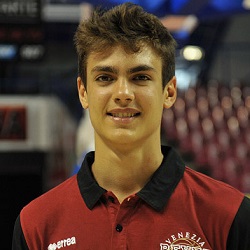 A left-handed shooting guard and a great offensive talent. He can score almost in every way (the use of the weak hand is his only flaw). His shooting range goes way beyond the three-point line and, in spite of his frame, he’s able to attack the basket effectively. Even though he didn’t play much on the last U18 team, this time he’s called to have a more prominent role. During the last season, he was part of part of the Reyer Venezia pro team who won the Italian National Championship and reached the semis of the FIBA Champions League. 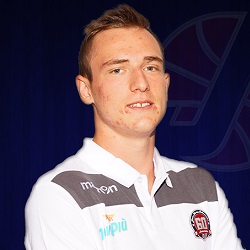 The Junior Casale scorer earned an increasingly prominent role on the Serie A2 team led by Coach Marco Ramondino (4.7 point in 17 minutes in the RS, 3.5 points in 20 minutes in the playoffs). At the youth level, he’s used to handle the ball constantly but during this season has shown to be an effective spot-up shooter. He’s also a reliable player when it comes to find solutions when the shot clock is running down. He can score in many different ways and, for this reason, can be an important piece on the offensive end even though this will be his first official tournament with the italian national team. 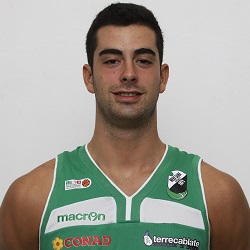 A very useful player that provides lots of intangibles and a reliable presence on the defensive end (he can guard players from the 2 to the 4 spot with the same effectiveness). He’s a good passer and can score from spot-up and off-the-dribble situations although he doesn’t show great offensive creativity. He ended his second season in Serie A2 with Siena averaging 3.2 points, 2.1 rebounds and 1 assist in 19 minutes. 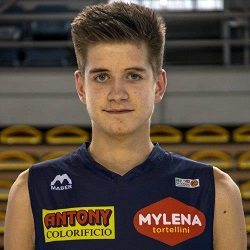 A late bloomer that started to mark his presence in important tournaments only in the last couple of seasons. He has good hands and range for a player of his size and can be useful on the offensive end thanks to his ability to take up the space in the paint. In general, he shows interesting upside but there’s still a lot to build up in terms of strength (weighs only 196 lbs). Grew up playing for the youth teams of Bluorobica Bergamo, this last season was his “true” first one with the Serie A2 team of Blu Basket Treviglio (averaged 1 point and 0.5 rebounds in 4.4 minutes). 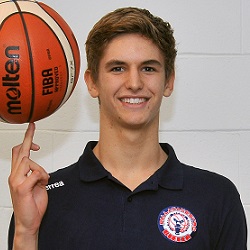 After some very good seasons with the Biella youth teams, this will be his first appearance with the Azzurri. As a primary ball handler, he’s able to set his team’s offensive pace. His scoring abilities are important too: he can find solutions out of pick and roll situations, drive to the basket or create his own shot from the dribble. His defense may be a concern, especially considering how small his frame is. Played 19 games (averaging 6 minutes) with Biella in Serie A2. 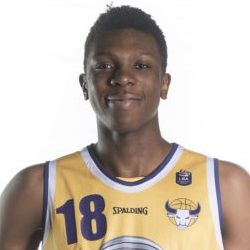 One of the best italian prospects among the 98-born. He has some interesting features: has long arms, added some muscles in the last months, he’s athletic but not too explosive. He shows to have good hands on the offensive end (can score in the low post and from every corner of the mid-range). He’s extremely effective on the defensive end: his long arms and quick feet allow him to be at ease when guarding players from the 1 to the 3 position. Ended his first season in Serie A (1st italian division) with Torino averaging 2.3 points and 1.4 rebounds in 8.8 minutes (18 games). 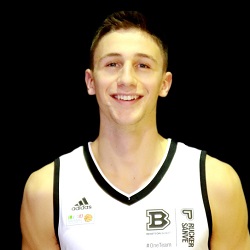 A pass-first point guard with great understanding of the game but penalized by his frame and athleticism. He’s able to set the pace wisely, whether to push the fastbreak or to slow things down. Not a great threat from the three-point line, he’s a good pick and roll player and can deliver excellent passes both to a big man or a spot-up shooter. This year, he played for Rucker SanVe in Serie B (3rd italian division), averaging 9.5 points, 3.1 rebounds and 3.3 assist during the regular season and 5.5 points 3 rebounds and 1 assist in the post season. 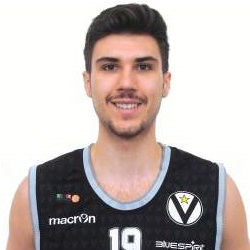 With the years, he progressively moved from the PG and the SG position and now plays steadily as a SF. He always shown good versatility on the offensive end but his shooting percentages (especially from the three-point and the free-throw line) are heavily influenced in a negative way by an everything-but-perfect technique – although his point of release is high enough to be hard to guard. His rebounding efforts will be a key factor once again (he was the best rebounder on the last U18 NT). During the last year, he was an important contributor for Virtus Bologna during the Serie A2 regular season (averaged 3.3 points and 2.8 rebounds in 13.4 minutes).